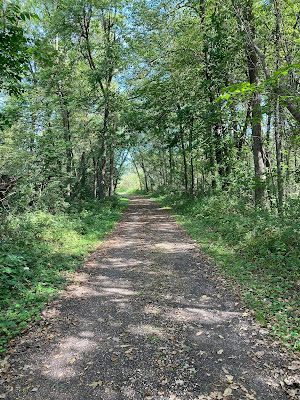 September has been a month of beautiful weather for us.  Temperatures have been in the upper 60's to upper 70's most of the month.  We have had some rain, but also a lot of sun.  The leaves are beginning to change color, the squirrels and chipmunks have been very busy collecting nuts for the coming winter. There is a chipmunk that lives in our landscaping who I have watched scurry across my deck with cheeks bulging, only to come back the other way several minutes later with empty cheeks.  My husband and I will be taking a driving trip to Utah to visit our youngest son at the beginning of October.  This is a beautiful time of year!
As far as books go, I read 9 books in the month of September.  Here's the breakdown:
Fiction:  2
Mystery: 2
Cozy Mystery: 2
Children's Fiction: 1
Classic: 1
Non-fiction: 1
Fiction:

The Reading List by Sara Nisha Adams - Aleisha works at the local library, but is not a reader.  When Mukesh, a widower, visits the library and asks Aleisha for a recommendation she doesn't know what to tell him.  While going through returned books, Aleisha finds a reading list.  She sets out to read the books on the list so that she will be able to have an answer when someone asks for a recommendation.  The next time Mukesh visits the library, Aleisha is able to recommend a book and a friendship forms between the two.  This is a heartwarming story, full of deep characters and a unique storyline.

At Lighthouse Point (Three Sisters Island #3) by Suzanne Woods Fisher - Blaine Grayson, the youngest of three girls, returns to Three Sisters Island after being in Paris for two years.  Many things have changed while she was in Paris.  As she manages her expectations along with the expectations of her family, she discovers what she really wants to do.  I love the characters in this series, as well as the setting on an island off the coast of Maine.
Mystery:

The Diabolical Bones (Bronte Sisters Mystery #2) by Bella Ellis - When human remains are found inside the chimney at Top Withens Hall, the Bronte sisters urge Clifton Bradshaw to give the remains a proper burial.  The problem is, no one knows who the remains belong to.  As the sisters begin to investigate, the case becomes more complicated than they imagined.  This series is becoming one of my favorites.  I appreciate that even though there is a gothic atmosphere to the books, the overall tone is uplifting.

Death in a Strange Country (Commissario Brunetti #2) by Donna Leon - A man's body is found floating in the canal.  It appears to be a robbery gone bad.  But, the Medical Examiner's report indicates something different.  The knife wound that killed the victim was done in a way that would have killed him instantly.  Either the killer got lucky or is someone with some training.  The deeper Commissario Brunetti gets into the investigation, the more complicated it becomes.  I enjoyed getting to know the Commissario and his family a little better.  The mystery was complicated and left me feeling a bit unsettled at the end.
Cozy Mystery:

Death in Castle Dark (A Dinner and A Murder Mystery #1) by Veronica Bond - Nora Blake has been offered a position with an acting troupe that performs at an actual castle in the middle of Illinois.  Along with the position comes room and board in the castle.  As these are things that often take a large portion of an actresses' salary, Nora has decided to give the position a try.  Things are going smoothly until one of the actors is found dead in the chapel during one of the performances.  Every member of the cast is a suspect, along with the guests attending the performance.  Suddenly, Nora's decision to accept the position doesn't seem so wonderful after all.  She feels unsafe in her own home.  So, she sets out to discover who might have wanted the actor dead. This was a fun read with some great characters and a unique setting.

Fatal Fried Rice (Noodle Shop Mystery #7) by Vivien Chien - Lana Lee manages her family’s Chinese restaurant. In this installment, she is taking a Chinese cooking class on the sly because she doesn’t know how to cook Chinese food and is embarrassed about it. The teacher of the class is murdered and Lana is one of the main suspects, so she sets out to figure out who really committed the murder. There were lots of twists and turns that left me guessing whodunnit.
Children's Fiction:

Prince Caspian (The Chronicles of Narnia #2) by C.S. Lewis - The Pevensie children are summoned back to Narnia by Susan's magic horn.  Prince Caspian is the rightful heir to the throne, but his uncle Miraz has declared himself king.  It is up to Peter, Susan, Edmund and Lucy with the help of Aslan, to bring the magic back to Narnia and put Caspian on the throne. This is a great follow up to The Lion, The Witch and the Wardrobe.
Classic: 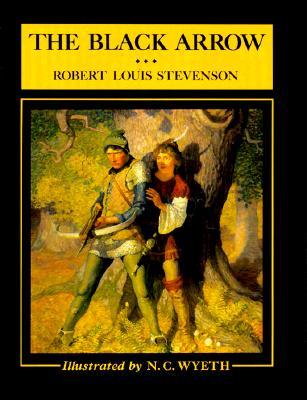 The Black Arrow by Robert Louis Stevenson - When Dick Shelton learns that Sir Daniel, his guardian, is a murderer and he might be next, he takes to the forest in an attempt to save his life.  There he is captured by a band of outlaws, but soon becomes their leader.  Sir Daniel's reputation precedes him and Dick has no trouble gaining followers for his cause. He realizes that he must go to battle against Sir Daniel in order to regain his fortune.  Along the way he must discern between friend and foe, survive a shipwreck and fight for his life. A great story full of adventure, chivalry, mystery and a little romance.
Non-fiction:

My Own Two Feet: A Memoir by Beverly Cleary - This is the second installment of her memoirs.  It begins just after high school and ends with the publishing of her first book.  A fascinating read. (Review coming soon)
Places we visited:
Dunnville State Wildlife Area
Devil's Punchbowl
That is all for me this month.  I hope you all have a great October!
~ Gretchen

I'm also linking up with The Sunday Salon hosted by Deb @ Readerbuzz.
at September 30, 2021