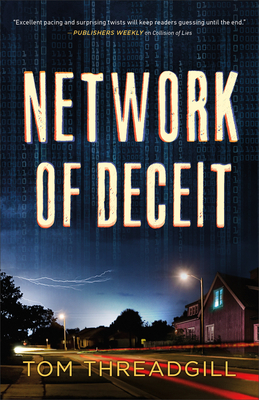 First Line:  "How long could a human being scream?"

Summary:  Amara Alvarez has been promoted to Homicide after solving a high profile case involving kidnapped children.  Her first assignment is to look into a death that happened at a local water park.  A teenage boy was found dead floating on an inner tube down the lazy river.  It was a hot day, he had some alcohol in his blood.  Probably died of heat exhaustion.  The toxicology report won't be back for several weeks, so unless she can find something that hints of foul play, this case is not worth investigating.  However, the Medical Examiner points out that the boy's toes and feet were not wrinkled.  If he had been in the water for more than five minutes, they should have been.  But, if he was dead before he got in the water, his nervous system would have ceased functioning and the reaction would not have occurred.  Looks like Amara has her first case in the Homicide division.

My thoughts:  Collision of Lies, the first book in the Amara Alvarez series, made my favorite books of 2020 list.  Network of Deceit will be on my 2021 list.

Amara Alvarez is such a likeable character.  She has been promoted to the Homicide division, which is something she has wanted for some time.  As the newest detective in the division, she has mostly been doing paperwork at the card table that acts as her desk.  She is tenacious.  When she receives the water park case, she really doesn't have much to go on and is not sure where to begin.  So, she just starts somewhere and looks into every nook and cranny.  And when she is done, she looks again.  When she finally turns something up, the fun is just beginning.  One of the things I love about this series is the way the author allows us to follow along on the investigation. This is very much a police procedural and we get to think the thoughts Amara thinks as she investigates.  Added to the stress of her first case is a health issue for someone close to her.

She is now in the same department as Starsky.  He has been a great friend and cares deeply for Amara. He also provides some comic relief.  He is tall and thin and always hungry.  The banter between them made me laugh.  I enjoyed their growing relationship.

The mystery was fascinating and had to do with online gaming, Bitcoin and Zcash.  I knew very little about these things going in and now feel like I know enough to at least have a general understanding if the topic came up in conversation.  The criminals were crafty and once you involve the online world, it is very easy to be deceptive.  It was a complicated situation and Amara had to learn as she went.  But, in the end, she unraveled the mystery.

The story takes place in San Antonio and I appreciated some of the sites and surroundings of the area that were included.

This was a page turner and hard to put down once I started.  I enjoyed the strong character development, thorough research and fascinating mystery.  Now comes the wait for book three!

Email ThisBlogThis!Share to TwitterShare to FacebookShare to Pinterest
Labels: Mystery, read in 2021, Suspense