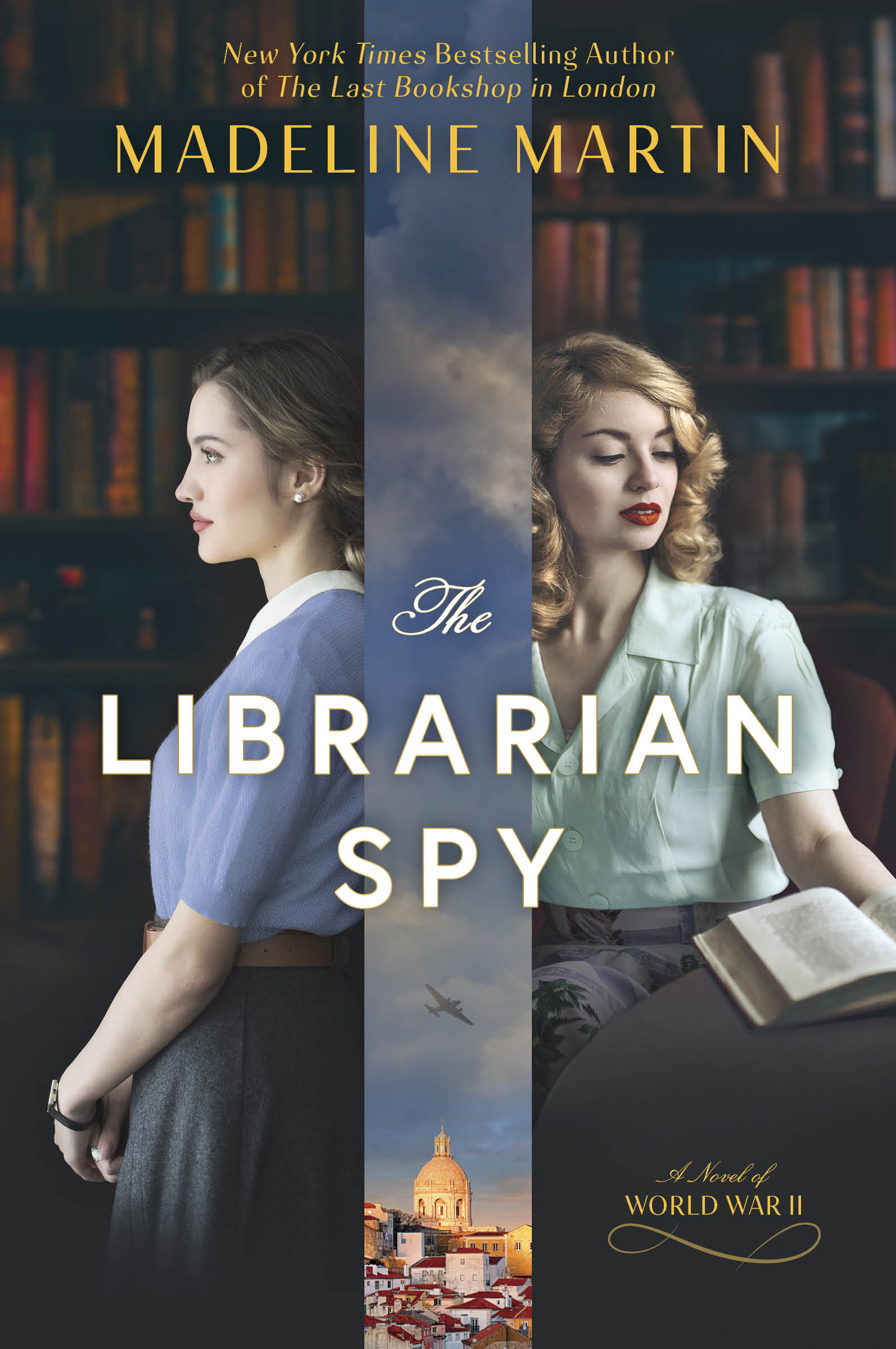 First Line: "Ava. April 1943. Washington, DC. There was nothing Ava Harper loved more than the smell of old books."

Summary: Ava Harper loves her position in the Rare Books room at the Library of Congress.  When she is approached to help the war effort by becoming a spy, she hesitates.  However, when she thinks of her brother fighting in the war, she can't refuse.

Elaine Rousseau and her husband live in Lyon, France.  The Nazis have occupied the area making it hard to live normally.  Elaine longs to join the Resistance, but her husband is adamant that she does not.  After an argument, her husband does not return home.  As the days increase with no word from her husband, Elaine fears the worst.  A friend of her husband's finally contacts her and lets her know that he has been captured.  Against his better judgment, the friend allows Elaine to begin helping the Resistance.

Ava and Elaine's lives intersect when a Jewish mother and her son need help to get out of France.  Through a series of codes and connections, they try to help the two escape the clutches of the Nazis.

My thoughts:  Madeline's Martin's The Last Bookshop in London made my list of tops reads for 2021.  I was excited when I heard she had a new book out and my expectations were high.   Unfortunately, this one left me with mixed feelings.

The story is told by alternating chapters between Ava and Elaine. Ava works as a librarian in the Rare Books Room at the Library of Congress. It is her dream job and she couldn't be happier, except that with the war on her brother has enlisted.  She worries about his safety and wishes she could do something to help the cause. Because of her ability to speak German and French, she is invited to join the Office of Strategic Services under the information gathering program called the Interdepartmental Committee for the Acquisition of Foreign Publications.  Basically, she is recruited to be a spy who collects foreign books and newspapers and submits them to the US government.  She is sent to Portugal.  All of this sounds very interesting.  But, I felt like I kept waiting for the interesting part to happen.  The author does explain that much of the work of spies is rather tedious, especially for those in this particular department.  Somehow I felt removed from the story.  Really, this story line took a back seat to Elaine's story.

Elaine is living in Lyon, which was occupied by the Nazis.  The author did a great job of helping the reader understand how grim things were.  Rations were severe.  Most citizens feared leaving their home because they could get stopped at any time by the Gestapo and asked for their ID card.  They were always at the mercy of that officer.  If he didn't like how they looked or had any other reason to suspect them of anything, they would end up in jail. Nobody wanted to end up there.  Most never came out again. This was contrasted with conditions in Portugal.  There were many refugees there who spent their time waiting for visas by lounging in cafes drinking coffee.  While the waiting was difficult, there were no rations.  The refugees were well fed.  In Lyon, citizens were not allowed coffee or sugar.  Most were not getting enough food to eat.

The middle section of the book was dark and it moved rather slow.  The first few chapters really drew me in and I was eager to learn more, but the middle dragged and was a bit too graphic for my taste.  I do realize this is a book about WWII and these types of things really happened. The last few chapters, the Epilogue and the Author's Note were great. I also loved the daily details of living the author included such as how the women dressed, the foods they got with their ration cards and best of all, some of the fancy dinners Ava attended.

The Librarian Spy is well written and definitely worth the read. However, because of feeling disconnected from the story and the characters, my enjoyment of the story was diminished.

"There were many ways in which one could read.  Either tucked into the corner of the sofa with a strong cup of coffee or lying in bed with the book hovering above one's face - though admittedly this is not done without peril.  But there were also unconventional methods, like while cooking dinner or crossing the street - sometimes even while brushing one's teeth if the story was truly that engrossing."

"He put the car into gear, and they took off, turning this way and that to navigate the streets of Lisbon.  Soon the twists and turns of the city gave way to a long stretch of road and the ocean came into view, the moon glinting off distant waves like flecks of diamonds sparkling in the great, dark sea."

"The written word held such importance to her through the years.  Books had been solace in a world turned upside down, a connection to characters when she was utterly alone, knowledge when she needed answers and so, so much more."

Email ThisBlogThis!Share to TwitterShare to FacebookShare to Pinterest
Labels: 52 Books in 52 weeks, historical fiction, read in 2022