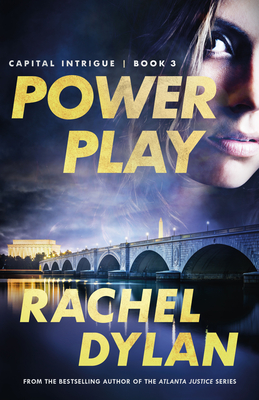 First Lines: "It's going to be a long night.  Vivian Steele checked her glossy pink lipstick one final time before exiting the ladies' room and entering into the shark tank - otherwise known as a diplomatic dinner in the Washington, DC, area."

Summary:  Viv works in the Office of the Legal Adviser at the State Department.  This work keeps her mostly behind a desk looking over policy.  Occasionally, she will be called on to assist in an operation by observing to make sure all the legal bases are covered.  Her boss has insisted she attend the annual summer dinner event attended by diplomats from around the world. She feels like she doesn't belong.  However, there are a few people she knows, so she begins to make the rounds.  Shortly after beginning a conversation, a shriek sounds behind her.  As she looks for the source of the shriek, she see a man hovered over Egyptian Ambassador Zidan.  Unfortunately, he is dead.  As the emergency personnel are attempting to remove him from the scene, the emcee encourages everyone to return to their seats.

After dessert Viv makes her way to speak to Penelope King, US ambassador to Belgium.  Viv notices that she looks unwell.  Within minutes she collapses.  What is going on?  Are the incidents related?  Is someone trying to take out the ambassadors one by one?  These are all questions that need to be answered.  Viv is assigned to a team that will be investigating.  She is paired with Jacob Cruz, a man she doesn't know, but ran into at the dinner.  He is a supervisory special agent of diplomatic security.  And he doesn't like lawyers.  The two of them get off to a rocky start. However, they are both professional enough to put their opinions aside and work together to figure out who is targeting the ambassadors.

My thoughts:  This is the third book in the Capital Intrigue series.  I have enjoyed this look into a way of life I know very little about.

Viv is a policy lawyer, which means she hasn't spent any time in front of a judge.  She is not used to defending criminals, but she is very skilled in the law.  She mostly looks over documents to make sure they are legally sound.  Except for that one operation she was asked to join that had her at the scene of a prisoner exchange between the US and Egypt.  Her role was to observe and make sure that everything was done by the book.  What she didn't realize at the time was that there could be eyes on her that weren't friendly.  There was an aspect of the story that was frustrating me that involved Viv and her ignorance about possible danger.  But, as I kept reading I realized the author did a great job of using this situation to help the reader understand that Viv was not trained as a field agent and wasn't used to looking for danger.  At one point Jacob has to set her straight:

"They wouldn't think twice about killing someone as an act of revenge.  Their whole purpose is to inflict pain.  These aren't political dissidents.  This isn't diplomacy, like you're used to dealing with.  They're straight-up bad guys.  Understand?"

When Viv is having a hard time understanding, he says:

"That's because you see the light in people, not the darkness.  I specialize in seeing the darkness and fighting it."

That felt very realistic and caused me to realize that there are people out there who "specialize in the darkness and fighting it".  I am very thankful for those people.

The characters of Viv and Jacob are deep characters.  They are multi-layered and complex.  Of course, all of this depth happens rather quickly, but the author only had 300 pages to work with.

The faith aspect was realistic also.  The characters called on their faith in times of trouble, when they were afraid, or as a means to encourage someone.

This was a fast-paced, enjoyable read.  Unfortunately, this is the final book in this series.  But, I will keep my eyes open to see what Rachel Dylan does next.