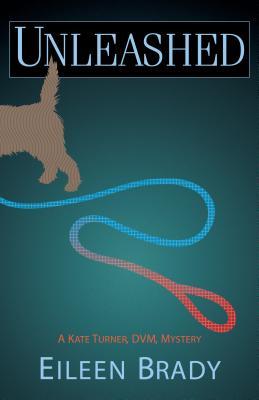 First Line: "After kicking my cheating boyfriend to the curb I needed to find a job far far away from him."

Summary:  Kate Turner is settling in to her new life filling in at the small veterinary hospital in Oak Falls, NY.  She enjoys caring for the animals, making house calls and working with the staff.  But, when a client, Claire Birnham, is found dead from an apparent suicide Kate becomes quite unsettled.  Claire was supposed to pick up her dog, Toto, from the hospital this morning.  Kate finds it hard to believe Claire would abandon her dog.  Besides, Claire had so many things going for her: a new job, an apartment in the big city and lots of friends.  In fact, Claire was making plans.  Someone who is going to take their own life doesn't usually make plans for the future.  The police seem to be ruling her death a suicide, but Kate can't let it go.  She is convinced Claire was murdered.  As she begins asking questions, she discovers that Claire had some secrets.  Will the truth come out before Kate sticks her nose where it doesn't belong?

My thoughts: My favorite thing about this series is accompanying Kate and her assistant on their house calls.  They meet some interesting clients, both human and animal.  The author does a good job of inserting the details of a veterinarian's day without overwhelming the story.  It is interesting to learn about this line of work.

Kate is a kind, capable woman who is not afraid to step into whatever situation comes her way.  She is human though and suffers from sleepless nights and fear when her life is in danger.  She regularly communicates with her Gramps, who is a former fire investigator and loves to help her try to figure things out.  Her love of animals and patience with people are what really stand out about her.  There are two possible romances in her life.  She is carrying on a long distance relationship with one and the other is her friend and police officer, Luke Gianetti.  She keeps finding herself attracted to Luke, but tells herself he has lots of other women waiting in the wings.  Meanwhile, she keeps forgetting about video calls she has set up with the long-distance boyfriend.

The mystery was quite complicated.  The death of Claire was originally ruled a suicide.  But, Kate finds that hard to believe.  The police are also investigating it as a murder, but Kate and the rest of the public are not privy to that investigation.  When an employee at the clinic is arrested, the pressure is on for Kate to find the real murderer.  Claire had lots of secrets and uncovering them was not easy.

As with Muzzled, there were lots of interesting characters to meet in this story.  Kate also ends up in some unlikely places as she is investigating.  It was fun to see some of the characters from the first book make an appearance in this one.  Eileen Brady's witty writing style and sense of humor make this a fun read.