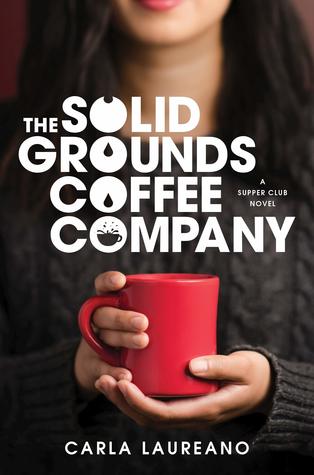 First Lines: Prologue: "By all accounts, Suesca was haunted.  From everything Bryan Shaw had seen, he believed it.  But for him, it wasn't the spirits of the dead that hovered over this small Colombian town.  It was the memory of the living."

Summary:  Bryan Shaw is a professional climber with a sponsorship.  That means he spends his time doing what he loves most without needing a day job to support himself.  As much as he loves traveling and climbing, he is beginning to realize that something is missing from his life.  Three years ago, he asked the woman he loved to marry him.  She said, "No".  Since that day, he has made one bad decision after another trying to fill the void in his life. He often thinks about Vivian and wonders what went wrong.  So, when she shows up unexpectedly in Suesca, Bryan is happy to see her. Unfortunately, his happiness is short lived.  After spending the night with him, Vivian reveals she is engaged to be married to Bryan's friend and CEO of his largest sponsor.  It is not long before his sponsorship is dropped and Bryan is without the means to make a living. A chance encounter in a bar leads Bryan to become a translator for a coffee import company that helps farmers shift from growing coca to growing coffee.

Most would describe Ana Sanchez as beautiful, bold and efficient.  These traits come in handy in her work as crisis management associate at Denver's largest publicity firm.  She spends her days cleaning up messes and creating images for her high profile clients. She is good at what she does.  But when she makes the decision to involve the authorities in one of her client's situations, her boss decides she needs to take an extended leave of absence.

When Bryan returns to Denver looking for a place to set up a coffee roastery, he asks Ana to help him out.  Ana has nothing better to do with her days, so she agrees to help Bryan.  He is the best friend of her best friend's fiancee.  Unfortunately, his reputation precedes him.  Ana is determined to keep her distance while helping him get his company going.  But, as she gets to know him better, she realizes that he has changed.  There is more to him than she has given him credit for.

My thoughts:  This is the third book in the Supper Club series.  However, it could be read as a stand alone.  The Saturday Night Supper Club and Brunch at Bittersweet Cafe tell the stories of Ana's two best friends, Rachel and Melody.  You would miss their stories, but while they both make appearances in this book, you don't need to know their stories to enjoy this one.

This was an interesting, multi-layered read.  One of the layers is the process of setting up a coffee roastery from scratch.  This involves finding a warehouse to house the roastery, obtaining a roaster, finding a supplier of good quality coffee beans, and then learning to roast the beans.  Once you have figured out all the nuances of roasting, you must market your product and figure out how to get it into the hands of customers. It is a complicated, intricate process that I enjoyed learning something about. I love to have a good cup of coffee in the morning, so I really appreciate all of the people and processes that make this possible!

Another layer is the lives of Bryan and Ana.  Bryan is truly a good guy, with great parents, who was deeply hurt and didn't know how to deal with that.  He turned to a lifestyle of living loosely, hoping this would fill the void in his life.  What he found, however, is that he felt even emptier.  I appreciated the way he took responsibility for his actions and was willing to pay the consequences while also making better choices moving forward.

Ana has a tender heart underneath her exterior of highly driven, perfectionist personality. She works hard to keep herself in shape, she is one of the best crisis management associates in her office, she always looks flawless.  The only time she slows down is when she occasionally gets together with her best friends for camaraderie and some kind of indulgent pastry.  While most would think she has it all together, she realizes she is trying to portray an image that may not truly be her.  I found her to be very relatable.

The bulk of the story takes place in Denver.  The author gives us a glimpse into the hipster, foodie scene there.  I enjoyed this in the other two books as well.  Denver is another place I have never been, but feel like I have a sense of it after reading these novels.  Bryan and Ana take a trip to St. Louis, which is somewhere I have been, and it was fun to see some of the places I have visited through their eyes.

The story takes several twists and turns, both in the roasting business and Bryan and Ana's personal lives, before the conclusion.  I have enjoyed all three books in the series.  If you enjoy flawed characters who try to live better lives, if you are looking for a contemporary story set in the US or you would like to learn something about the process of growing and roasting coffee, I recommend you give this book a try.