Book Review: The Watch on the Fencepost by Kay DiBianca 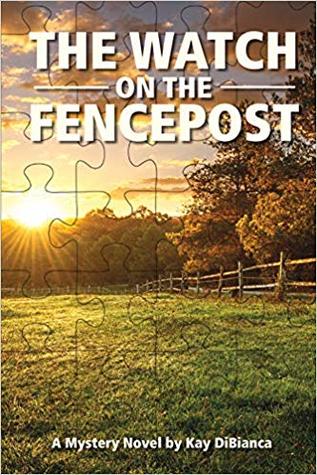 First Line:  "It was almost graceful, the way it dropped over the side of the mountain and glided down toward the valley below."

Summary:  Kathryn Fraiser recently lost both of her parents in a car accident.  As an only child, she has had to deal with the loss on her own.  However, she does have support from her pastor and his wife.  In fact, her pastor suggested that Kate consider training for a marathon as a way to take her mind off of her grief.

While stretching at a bench in a local park, Kate notices a woman's watch on a fencepost near the bench.  She takes it to the lost and found at the park office.  But even after leaving the park, she can't stop thinking about that watch.  It was an expensive watch with a safety clasp.  How would someone lose it?  The watch seemed somehow familiar to her.  It suddenly comes to her that she had seen her mother wearing a watch like that.  It wasn't a watch her mother wore regularly, but she located a picture of her mother wearing a very similar watch.  How strange.

The watch had stopped at 3:00, so Kate decides to return to the spot she found it at 3:00.  She really doesn't expect to find anything.  But what she discovers leads to secrets from her family's past as well as questions about her parents' deaths.

My thoughts:  This was a unique story involving a mystery, puzzles to solve, some romance, some suspense and great characters.

I liked Kathryn Fraiser immediately.  She is sensible, caring and determined.  She had a close relationship with her parents and misses them dearly.  She and her dad spent time solving puzzles together.  He often said,

Each year on her birthday, Kate's dad created a scavenger hunt full of clues that led to her gift.  So, when she discovers a message taped to the inside of her car door, she wonders if her dad left it as a clue for her.  It was fun trying to solve the puzzle with Kate and her friends.

There was just a touch of romance that fit seamlessly into the story and never overpowered the mystery.

The mystery kept me guessing until the end.  There were several people that I suspected including the culprit, but I didn't know for sure until right before Kate did.

This was a unique story with short chapters and a writing style that kept me turning pages.  I really enjoyed the puzzle aspect of the story.  I look forward to meeting these characters again in the second book in the series.