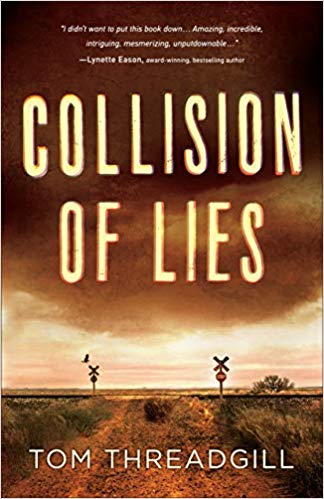 First Lines:  "Thirty seconds.  If they were still arguing, she'd call the cops then.  Let the professionals deal with them."

Summary:  Amara Alvarez, a detective with the San Antonio Police Department, has been given information that may relate to a case that has been closed for three years.  The case involved the collision of a school bus and a freight train.  This new information seems to indicate that one of the children that was on the bus is still alive.  This is contrary to the investigation that was originally conducted, as that indicated that all passengers were killed.  So, she tries to dismiss the information and get on with her life.  But, she keeps thinking about it.  As she begins to look into the investigation of the accident, she comes up with more questions than answers.  If one child is still alive, are they all still alive?  Why were they taken?  How were they taken?  Who would do such a thing?

My thoughts:  I was a little hesitant to read this book just because of the premise.  An accident involving the death of several children was not something I wanted to dwell on.  However, after reading other reviews I decided to give it a try and I am so glad I did.

This story is really more of a police procedural, which is something I like.  Yes, there was an accident that involved the deaths of several children, but we are not given graphic details of the accident or the aftermath.  Amara does wonder how a parent could go on after such a thing.  One of the mothers is involved in the story and we do see the grief she is suffering, but these things are not dwelled on.

I really liked Amara.  She is hardworking and determined.  Currently, she is a detective in the Property Crimes Unit, but would like to be in Homicide.  She is compassionate, but is also a realist.  Her pet iguana, is not something I would like to have, but it works for her.

There are several supporting characters that I would like to get to know better.  Amara's mother hosts a family dinner on Saturday nights.  She makes delicious,  Mexican food that Amara's co-workers would like to sample.  There is Wylie, her co-worker and a father-figure to her.  There might be an interest between her mother and Wylie.  Another co-worker, Starsky, is an entertaining character.  He works in Homicide, but is willing to help Amara occasionally.  We are still not sure why he is called Starsky.  He is always hungry, but eats horribly.  The Medical Examiner talks in riddles and when anyone uses a saying, he likes to explain where it came from.

"'Cut to the chase," the ME said.  'Comes from the days of silent films.  Some directors and screenwriters would include too much dialogue, and the studio executives insisted they cut to the chase scene.  Didn't want audiences to get bored.'"

This added a little levity to the situation, but I imagine in real life it would get old fast.

What I liked most about this story was the pace.  It unfolded slowly, piece by piece.  The pace was such that it was hard to put the book down because you wanted to see what happened next.  There were a few edge of your seat situations, but mostly it was a steady peeling back of the layers to reveal the truth.

I enjoyed this one and would like to read more from this author.

Email ThisBlogThis!Share to TwitterShare to FacebookShare to Pinterest
Labels: 52 Books in 52 weeks, Mystery, read in 2020, Suspense