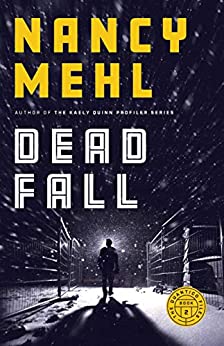 First Line: "John Davis turned up the collar of his jacket as he swiftly walked away from the shrill voices bleeding through from the hotel banquet hall behind him."

Summary:  The FBI's elite Behavioral Analysis Unit is called in to investigate one of the strangest cases they have ever dealt with.  The case involves the death of one of the cofounders of the BAU.  What makes it so strange is that his body was found in a locked room with no signs of forced entry.  As the unit begins its investigation, they find it difficult to create a profile of the killer.  Before long, another murder is committed.  Now that they know they are dealing with a serial killer it should be easier to create a profile.  Except they keep running into roadblocks. When they realize members of the Behavioral Analysis Unit are being targeted, the pressure is on to stop the killer before one of their own becomes a victim.

My thoughts:  This is a thrilling, fast-paced story that kept me guessing until the end.  As in the first book in the Quantico Files series, Alex (Alexandra) Donovon is our main character.  She is joined by Logan Hart and the famous Kaely Quinn from another series.  The suspect they are trying to profile is diabolical and crafty and has devised an intricate plan to achieve his goal.

When reading a book like this I often think about those men and woman who do these jobs every day.  I imagine it would be difficult to have to face such evil on a daily basis.  So, I really appreciated the author showing us that side of things in one of the characters.

"Those in law enforcement pay a heavy price when they constantly look into the dark minds of evil."

"As a Christian, he knew where true evil came from, but that knowledge didn't banish the images that burned in his mind.  The ones that showed up in his nightmares."

Several of the characters deal with the effects of their jobs and that feels realistic. I enjoyed the friendship that blossomed between Alex and Kaely.  As the two of them work together, they realize they have a lot in common.  Kaely's difficult past offers her special insight into Alex's struggles and Alex appreciates the encouragement and support.

As this series takes place at Quantico, it was interesting to learn more about the training base there, including the dormitories and Hogan's Alley.

While you could read this as a stand-alone, you would miss out on a lot of character development.  I recommend starting with the first book in the Kaely Quinn, Profiler series, Mind Games. I am looking forward to the third book in this page-turning series.