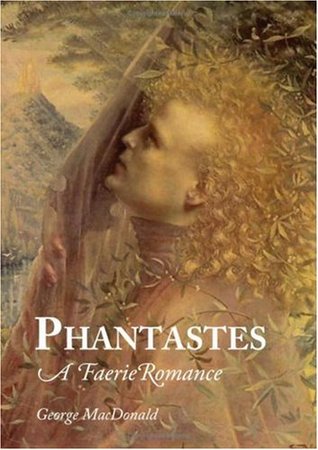 In chapters 10 through 25, Anodos continues his journey in Fairy Land. After leaving the village where the people were distorted, he enters a desert region inhabited by goblin-fairies who constantly offer him gold and jewels.

Along the way he releases a white lady, meets a knight that causes him to think less of himself and enters a cave and must journey through to the other side.  This is a dark and lonely time. His shadow becomes bigger and it is difficult to go on.

After getting through the cave he finds refreshment in the home of an old woman, who is a mother figure.  He feels peace in her presence and could stay there forever.  He knows he can't and she tells him that if he ever needs refreshment to look for her symbol and enter there.

The story illuminates what we all go through in life.  We meet good people and bad people, those who help and those who hurt.  We have hard times and good times, times of despair and times of refreshment.  All of these things shape who we are as people.  Anodos was shaped by his journey as well and came out a better person.

As I said before, fantasy is not a genre I read from very often.  I am glad I read Phantastes,  but I am still not a fantasy lover.

As I mentioned in the post I did on chapters 1 - 9, The Literary Life Podcast is doing a series on this book.  I recommend listening to those episodes as it adds a lot to your reading.

"They who believe in the influences of the stars over the fates of men, are, in feeling at least, nearer the truth than they who regard the heavenly bodies as related to them merely by a common obedience to an external law."

"His mind had never yet been filled with an absorbing passion; but it lay like a still twilight open to any wind, whether the low breath that wafts but odours, or the storm that bows the great trees till they strain and creak.  He saw everything as through a rose-coloured glass."