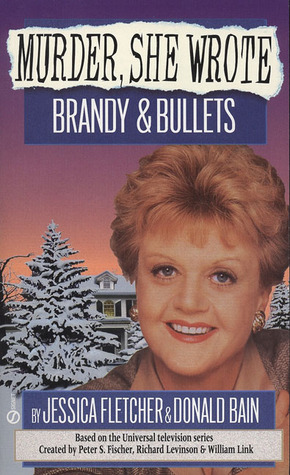 First Lines:  "'The usual, Jess?'  'Not today, Mara.  Spring has sprung and I've sworn off blueberry pancakes.  Bikini season's just around the corner.'"

Summary:  Something new is coming to Cabot Cove.  Mr. Worrell has just sold his family mansion to an investment banking group who plan to turn the mansion into a retreat center for creative people.  Most of the town is opposed to this because everyone knows, "that writers drink a lot, and even use drugs", which invariably leads to problems.  Jessica encourages her fellow townsfolk to give the Worrell Institute for Creativity a chance.  She believes it could spawn a cultural center of which they could all be proud.

Whether or not the people of Cabot Cove want the retreat center, the investors have purchased the mansion and proceed with their plan.  On opening night, Jessica is given a tour of the Worrell Institute for Creativity.  She notices an area labeled 'Behavioral Sciences Unit' and another labeled 'Addictions Center'.  She finds it odd that a retreat center for creative people would need these types of rooms.

During the very first week of guests at the Institute, a woman is found dead in her room.  It is being called a suicide, but Jessica and Sherrif Metzger aren't convinced.  Sheriff Metzger talks through his doubts with Jessica and asks her to let him know if she comes across anything that might help the investigation.  Jessica has been asked to give a talk at the Institute so she has an excuse to visit and talk to people there.  Before long, there is another attempted suicide by a guest at the Institute.  When a third guest steals a car and drives to a bridge where he abandons the car with a suicide note inside, Jessica and Sheriff Metzger suspect that there is some foul play going on.  Will they be able to discover the evil plot before someone else loses their life?

My thoughts:  It is always enjoyable to spend time in Cabot Cove with Jessica Fletcher and her friends.  This episode takes place in the fall and we are given some beautiful descriptions of Cabot Cove, as Jessica takes in the beauty around her.  She also spends quite a bit of time at Mara's Luncheonette where we get to know some of the locals a little better.  Her friends, Mort Mezger and Dr. Seth Hazlitt, both have large roles in this story and it was fun to get to know them a little better.  The one character I really did not like was Dr. Michael O'Neill, the director of the Worrell Institute.  The author did a great job building his character.  Every time he entered the story my skin would crawl.  As usual, Jessica knew just how to handle him.

It was obvious that the Worrell Institute played some role in the death, attempted suicide and disappearance of the characters.  The mystery involved figuring out what that role was, how it was being accomplished and proving it.  This involved Jessica having to submit herself to some uncomfortable things in order to find out the truth. Fortunately, she was able to discover what was needed and Sheriff Metzger was able to solve the mystery.

The story was appropriate for this time of year as Jessica celebrated Thanksgiving with friends.  This was definitely a cozy read and just what I needed.

"One of my favorite rites of passage each fall has been to take a five-mile walk through Cabot Creek Preserve, a wildlife refuge with soaring, full trees that boast the most vibrant primary colors during peak foliage."

"I am very thankful for the beauty that surrounds me every day, and for the good health that allows me to enjoy it.  Maine, and this town, is a joy to behold.  But even more beautiful is the beauty that emanates from wonderful friendships.  I'm one lucky lady to have so much beauty grace my Thanksgiving table.  Thank you for sharing this day with me."

Email ThisBlogThis!Share to TwitterShare to FacebookShare to Pinterest
Labels: 52 Books in 52 weeks, Cozy mystery, read in 2020