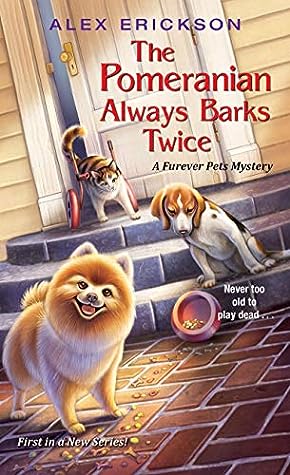 First Line: "The hum of two small wheels on hardwood brought a smile to my face as I hefted a bag of dog food from the floor."

Summary:  Liz Denton runs a pet rescue company with the help of her son, Ben.  They are on their way to pick up an elderly Pomeranian from a man who will be moving into an assisted care facility.  When they arrive at Timothy Fuller's home, they are surprised to see the other pet rescue service in town.  Pets Luv Us usually prefers puppies and kittens, so it is strange that they would be here.  They also find Mr. Fuller's son and his wife there.  Courtney Shaw, owner of Pets Luv Us, insists that she is there to pick up the Pomeranian.  Liz explains that Mr. Fuller called her to pick him up.  As they argue, Mr. Fuller becomes more and more angry.  Finally, he asks them all to leave - without the dog.

Courtney and Liz agree to discuss the situation and come to an agreement.  On the way out, Ben notices an attractive woman at the house next door to Mr. Fuller and asks his mom to pick him up when she comes back.  She agrees and heads to Courtney's house.  When she arrives, Courtney seems pleased to see her and quickly agrees that Liz can have the dog.  Liz wonders what all the fuss was about.

When she returns to Mr. Fuller's house, she finds the driveway filled with an ambulance and police car.  What happened?  Mr. Fuller has been murdered and her son is the prime suspect.

My thoughts:  It was the title and cover of this book that caused me to want to read it.  We had a Pomeranian that looked very similar to the one on the cover.  The artist did a great job in capturing the personality of Poms.

It took me a while to get into the story.  It felt a little unrealistic at first and I didn't feel like I knew the characters well enough to really care about them.  But, eventually I was hooked and had to know how things came out.

The Denton family consists of Liz, who runs the pet rescue company; her husband Manny, who is a veterinarian; their son Ben, a twenty-something young man who wants to become a veterinarian and Amelia, their daughter, who is attending college and lives at home.  Liz cares deeply about her family and about pets who others may not want.  The family has a disabled cat named Wheels.  She was born with useless back legs and now has a set of wheels attached to a harness that help her get around.  They also care for other pets temporarily while they are waiting to be placed.

The mystery was good with lots of suspects.  Mr. Fuller was not well liked and was mean to those closest to him.  This gives several people motives.  He is also rumored to have hidden some money in his home and several people know about this.  Liz does a lot of talking with people to try to figure out what happened and clear her son.  She does contact the detective on the case quite often as well.

The mystery is solved in the end, but there were a few questions left unanswered.

Even with the slow start and the unanswered questions, this was an enjoyable read and I will give the next book in the series a try. 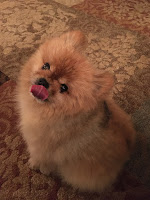